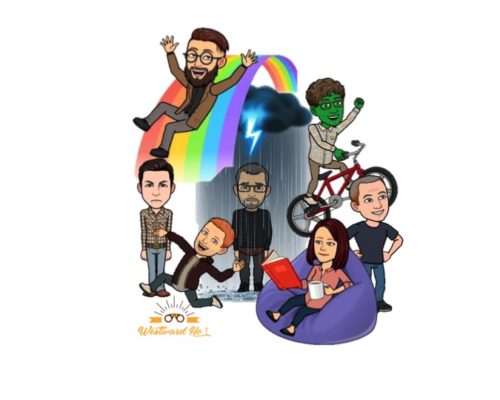 Westward Ho! are an alternative folk collective with a fondness for falsetto and sweet harmonies. The live experience differs from week to week due to the collective mentality so whether it be flute, fiddle, bodhran or cajon, you are guaranteed a good time at a Westward Ho! gig.

The band were formed in 2016 by lead singer Ben Corbett and Mandolinist Simon Boyd. Starting out playing songs by Fleet Foxes and Sufjan Stevens, Ben soon found his feet as a song writer. After the addition of second guitarist, singer and writer Jay Hollis, Westward Ho! truly became the band they are today.

Regular members Cate Cooper, Chris Jackson, Gareth Rhys and Andrew Sims complete the line up but it’s not unusual to see other friends and family rock up on stage!