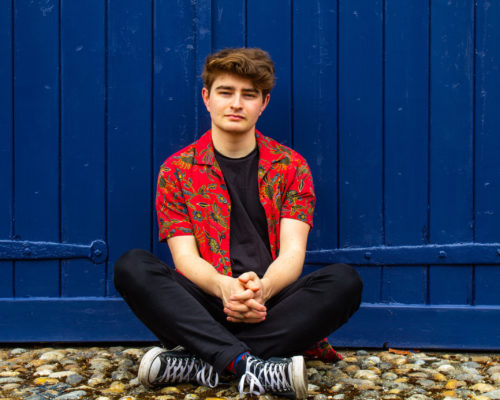 Yellowlees is an emerging singer-songwriter originally hailing from the South Coast of the UK. Having written songs and played in bands since the age of 15, Yellowlees is trying to make something honest with his music. Now 23, he independently released his debut EP “Eden” in September 2016, full of catchy songs, honest lyrics, and raw emotion. Yellowlees always tries to write heart-on-the-sleeve confessions of what’s on the mind – if any one person connects with a song in any small way, then it’s all worthwhile. Known locally for his energetic live shows, there’s nowhere Yellowlees feels more at home than playing live. 2018 saw Yellowlees adopt a DIY approach, recording and self-producing single ‘Blew My Cover’ in his bedroom, which appeared on his second EP ‘Homemade’, released in October that year. Newest single ‘Heading West’ arrived in the latter stages of 2019, highlighting his knack for creating catchy, heartfelt, upbeat-but-introspective records.

Previous shows include supporting the likes of Johnny Lloyd, The Tin Pigeons and The Islas, for Scruff of the Neck Promotions, and competing in the grand final of the Wedgewood Rooms Showcase 2016, along with radio play and support from BBC Introducing Norfolk. Festival appearances include Oxjam Norwich 2017 & 2018 and Icebreaker Festival 2018.

“[He] has found this balance between being a sensationalist pop songwriter, and someone with an ability to keep all sense of credibility…an imagination capturing sound” – The Pentatonic