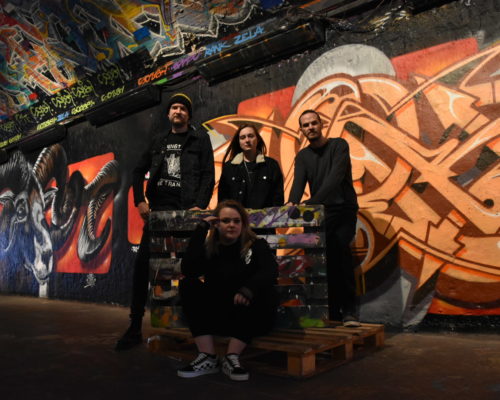 Starting in early 2019, You Over Me was instigated by Will who had previously attempted multiple start-up jams with John collectively having a handful of roughed out demo ideas. Soon to follow what was Amy’s interest to be a part of the project who also knew a singer (Emma) suited for the vacant position. With the influences divided by the guys in the band more interested in the classic pop punk era and the girls into the modern scene, fusing the timelines to create one of the most ambitious crossovers in the decades of the genre.

Uploading the demo to Soundcloud of their first track written together titled ‘Move On’ before even officially launching the band had over 6K plays in just over a month, with a ton of love and fans quirying where to find more music. Upon launching we had an overwelhming amount of feedback from friends, family, newcomers and even members from bands that inspired us as we released our debut track ‘We’re Not Changing’ along with a fun DIY video created by our own resources that received over 500 views in 2 days.

Online magazine AltCorner featured the band as Track Of The Day soon after the release, stating the “slick riffs, upbeat melody and kick ass attitude in the lyrics” are reasons to be looking out for You Over Me in the future with a debut track that “shows a lot of promise”.

With a great start for the bands premiere, they anticipate to build that reputation further during the latter half of 2019, and make waves in the blooming scene, so keep your eyes open, ears clean, for this fresh new Pop Punk / Rock quartet from the UK’s capital city of London.