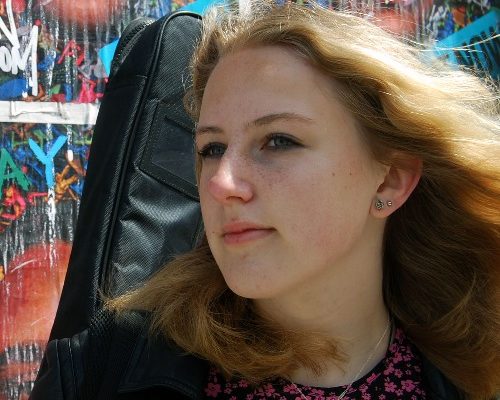 Today’s Featured Artist Of The Day is Anneka Shelley

Anneka Shelley is a 17 year old singer songwriter from West Sussex. She began playing guitar in March 2018 and started busking in November of the same year. In August 2019 she won a competition for local buskers and now plays pub gigs, garden parties and weddings.

She started songwriting aged 14 and has released 5 singles, 2 of which, ‘Serein’ and ‘Just Like them’, have been featured on BBC Introducing; ‘Just like them’ being Track of the Week on multiple occasions. Her new single See Me Now has been well received and made several playlists. She is currently studying Music at the prestigious Brit School where she is able to focus on songwriting and collaborating with other musicians.

Make sure you tune in to her Listening Party Broadcast on 30th September!