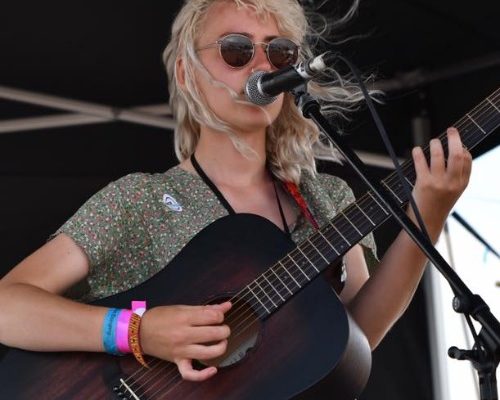 Today’s Featured Artist Of The Day is Evie Barrand

Evie Barrand is an up-and-coming singer-songwriter from Market Weighton in the East Riding of Yorkshire. She began singing and playing guitar at the tender age of eight, and started to write her own music when she was just fourteen, finding it the best way to express her feelings. Having started making demos of her songs in 2016, she has now released her debut “Summer’s Warm”, which was released on 20th January 2018. Evie’s music is heavily influenced by the 90’s/noughties UK indie scene, particularly bands like Travis and Keane, and she has been praised on Twitter by both Fran Healy (Travis) and Tom Chaplin (Keane) for her covers of their songs.

WANT TO HEAR MORE? Evie Barrand is taking part in RISING, our brand new series of live-streamed events, which aims to support and raise money for War Child UK to assist their work during the Covid-19 crisis.