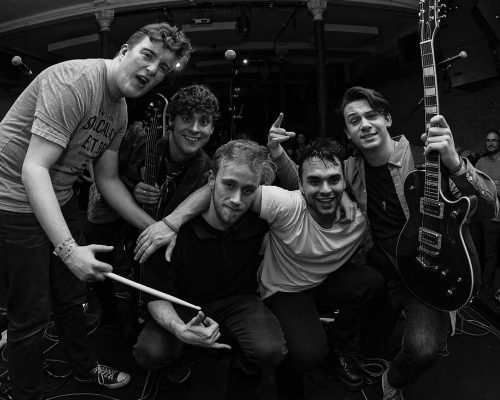 Today’s Featured Artist Of The Day is SEXTON

London-based Alt/Indie band Sexton deliver a dynamic and powerful alt indie sound, with a wealth of storming guitar riffs and insatiably catchy choruses that get stuck in your head once heard Sexton released their debut single “Have A Nice Day” in July 2017, which has been met with an overwhelmingly positive reception from their fans and followers due to its anthemic nature Despite their experience and successes, all four band members are still teenagers: aged between 18- 19yrs old. They have headlined prestigious venues such as O2 Academy Islington and The Borderline as well as Angel’s notable Old Queens Head, which was the setting for their ‘Have A Nice Day’ single release show. Most recently, Sexton headlined North London powerhouse The Dome in December 2017 to a riotous response! The band were also selected to support indie legends Starsailor in September 2017 at their album launch fan event at London’s infamous Borderline and Won on the road to indie week in London. They won through the industry pick the quarterfinals for the new blood competition.

WANT TO HEAR MORE? SEXTON is taking part in RISING, our brand new series of live-streamed events, which aims to support and raise money for War Child UK to assist their work during the Covid-19 crisis.