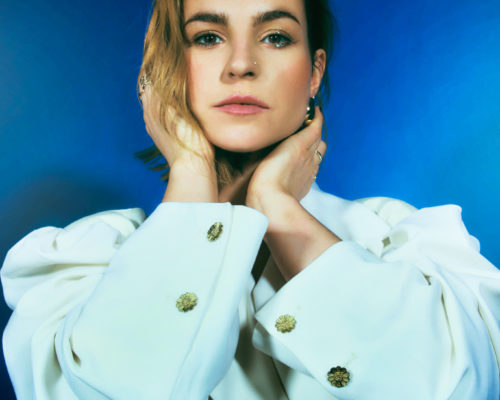 Today’s Featured Artist Of The Day is St. Blue

St. Blue is an up and coming LGBT artist on the London scene. Her eclectic and melodic repertoire draws influence from R&B, pop, rock and soul. Sultry vocals, authentic riffs and dreamy electronic sounds result in her unique, progressive style.

The records on the upcoming EP were produced by Sony published Louis Souyave and they take influences from artists such as Lykke Li, Rhye, Banks and Foals.

WANT TO HEAR MORE? St. Blue is taking part in ‘Live From Cargo Rooms’, our brand-new innovative and progressive live-stream project designed to support and shine a spotlight on grassroots artists during a time of unprecedented restrictions on culture and live events.

I'm Not Your Baby