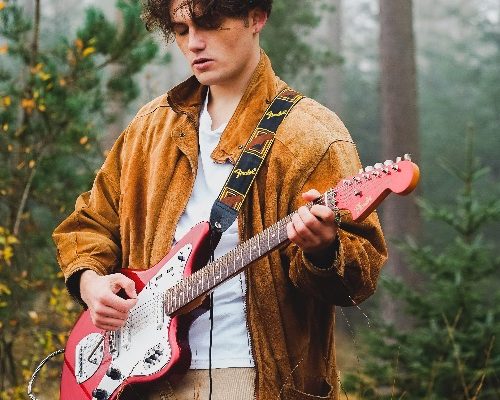 Daily Discovery brings you the latest in new music. These gems have been handpicked from the vast array of talented artists we have at our disposal.

Today’s Daily Discovery is Jumpers For Goalpost by Oliver Beardmore

Oliver Beardmore is a 21-year-old singer-songwriter formally of the band Pretence, who’s been writing songs since late 2013. Since May 2015 he has gigged extensively in both Birmingham and Norwich, one of these gigs being a sold out show at the O2 3 in Birmingham with Pretence. Oliver now play regularly as a solo artist and possesses a varied catalogue of around 35 songs of varying styles. Inspired by the likes of David Bowie, Arctic Monkeys, John Lennon, The Strokes and The Smiths, Oliver aims to progress as far as possible into the music industry with his heartfelt and resonate pieces. His first single ‘Lullabies’ was released in May 2017, and his second single ‘Sirens’ in October of the same year. This was followed by ‘Jumpers for Goalposts’ which received is considered his most grandiose release to date. He subsequently received praise for his “proper songs” from Dave Rowntree of Blur.

WANT TO HEAR MORE? Oliver Beardmore is taking part in RISING, our brand new series of live-streamed events, which aims to support and raise money for War Child UK to assist their work during the Covid-19 crisis.