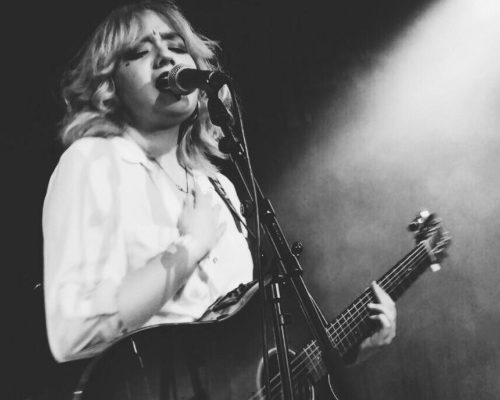 Charlie Raphael-Campbell is a 21 year old non-binary British musician, who gained popularity on the internet after uploading videos to Instagram and Youtube. Charlie has released two EP’s, ‘Julian’ (2018), and ‘Say What You Want’ (2020), the latter being recorded with their band, the Big Boys.

Charlie began writing songs at a young age, posting original songs on a Nirvana fan account, which quickly gained followers. Charlie has since played in venues such as the Elgar Room at The Royal Albert Hall, The New Cross Inn, The Fiddlers’ Elbow, and Camden Assembly with the Big Boys.

Charlie is currently working on their third EP, ‘Maybe Time Will Allow Me To Outlive My Mind.’

Charlie is taking part in our RISING for War Child U.K. series. Make sure you tune in at 8pm on 21st October here: https://hotvox.co.uk/event/rising-feat-15/