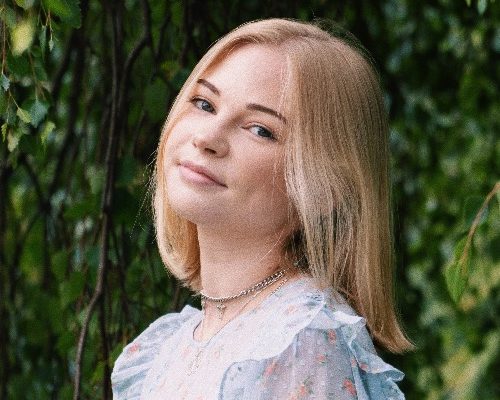 Grace Bland is a 19-year-old Singer-Songwriter who has a passion for writing and performing Indie Pop music. She began writing original music at the age of eleven and has since performed in numerous locations around the UK. In February 2020, Grace competed in the Grand Final of Open Mic UK at the O2 in London, being described as ‘a star in the making’ by the panel of industry judges. Grace’s 3 original tracks have all featured on BBC Introducing Radio Solent and her second single ‘Human’ was named a ‘Record Of The Week’. ‘Human’ was also a firm favourite with editors at Spotify, with the song featuring on the editorial playlists ‘New Pop UK’, ‘Fresh Finds: Pop’ and ‘Easy’.

WANT TO HEAR MORE? To see the premiere of Grace Bland’s “Listening Party”, head to hotvox.co.uk on Wednesday 13th January 2021 at 7.30pm.