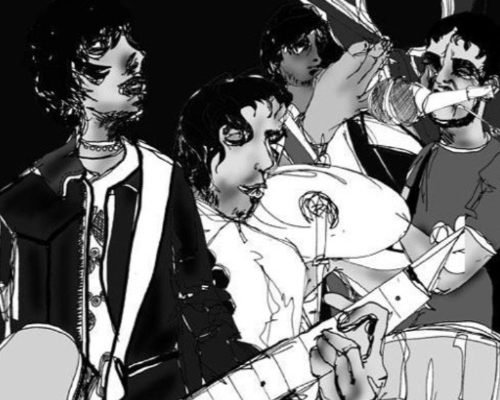 It shouldn’t work, but it does

Too Many Temples, formed by Ranj, Sarb and Zak, all from West London, living under Heathrow’s flight path, and Tom, from Jersey, living under the best sunshine in the UK. A chance meeting introduced them; a mutual love for Nirvana, Radiohead, the Beatles and Oasis united these four brothers from others, in a way nothing else in society could. Together they’ve constructed a new world together, full of colourful, noisy stories

Up until 2007 the band blitzed the UK live scene, from Shepherds Bush Empire to Glastonbury Festival, while their Lemon Tree EP was played on BBC Radio 1. After a break, Too Many Temples are back. The truth isn’t important. Your presence is