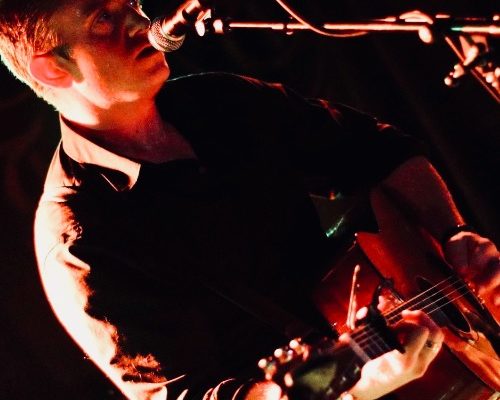 Pete Scott first landed on the London open mic circuit back in 2001. Since then, he has performed his own original material in bars and clubs around the world. The influences behind the music can be traced to the grunge sounds he absorbed during his teens in the mid-nighties, with a smattering of blues, traditional folk and nineties Brit pop bands.

As well as writing songs about love and loss, Pete has an uncanny knack for writing catchy tunes around the subjects of mental health, isolation and daily, emotional struggles. Performing on stage is where he feels most comfortable and has had the pleasure of playing live with members of Mumford and Sons, King Charles and Alan Clayton (frontman with the punk band the Dirty Strangers).

WANT TO HEAR MORE? To see the premiere of Pete’s “Listening Party”, head to hotvox.co.uk at 7.30pm on Thursday 8th April!