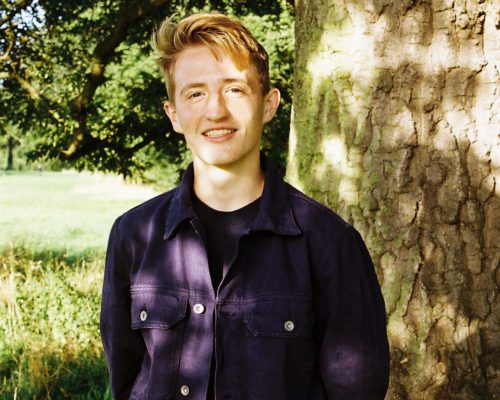 WANT TO HEAR MORE? Jonathan Thorne is taking part in RISING, our brand new series of live-streamed events, which aims to support and raise money for War Child UK to assist their work during the Covid-19 crisis.

Tune in to see Jonathan Thorne streaming live on Tuesday 12th May at 8.00pm

Who is Jonathan Thorne?

I’m a London-based singer-songwriter, taking inspiration from artists such as HAIM and The Japanese House to create an alt-pop sound.

Now, tell us a song from the first album you ever bought/listened to?

The first album, well EP, that I ever owned was The Motherlode by The Staves. I was 10 years old, and my eldest sister, recently moved to university sent it as a gift. Having not listened to much folk previously, this EP began my discovery of new music and so finding my own taste. The title track remains one of my all-time favourites..

‘Message in a Bottle’ by The Police. “Seems I’m not alone in being alone” is a lyric that has been cemented in my mind. I remember my dad playing this song for me in the car, and just before the line saying, “just listen, there’s some lyrical genius coming up”. And he was right, just a shame it wasn’t me that wrote it.

After coming across HAIM’s ‘Something to Tell You’ record late last year (late to the party I know), I haven’t stopped listening. ‘You Never Knew’ became an instant favourite for me. Sounding as if it could be straight off a Fleetwood Mac record, this track not only remains current but pays homage to the past.

I actually can’t remember; I haven’t bought a record in so long (is that bad?). But I’ve recently rediscovered ‘Melodrama’ by Lorde so that’s what I’m listening to most at the minute.

‘Dancing Queen’, ABBA. If any song could sum up the time I spent in Brighton on my gap year, this is the one. Together with friends there, every Beach trip, evening out, or even average workday was an occasion to dance.

Billy Joel, ‘She’s Always a Woman’. The hurtfully truthful lyrics, the winsome piano progression in the chorus, all definitely bringing out the romantic in me. If I can write something half as good as this, I’ll be happy.

Not a big clubber. Pub trip anyone?

The song you put on repeat if you’ve just had your heartbroken?

I’m slightly ashamed to say it but I love a bit of commercial pop, so I’ll go for ‘I Believe’ by the Jonas Brothers. Yes, it’s the Jonas Brothers and yes, I am putting Spotify on private, but their 2019 album is not to be sniffed at.