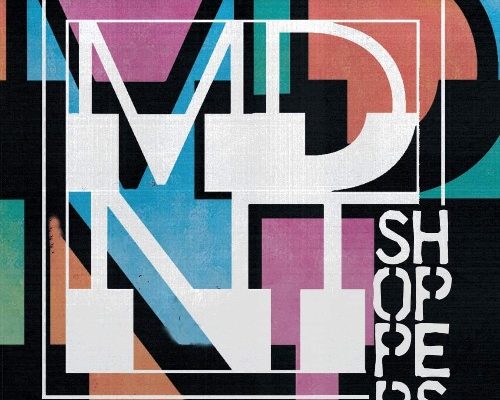 After a debut headline show in London at the end of 2019, the band had an active few months on the London music scene performing at the Camden rocks festival and Isle of Wight new blood quarter finals before covid induced a year-long live music hiatus. In the meantime, Midnight Shoppers have been fine tuning their songs for release later in 2021.

Grab your tickets to see Midnight Shoppers’ show on the 5th of August at the Old Queen’s Head HERE.

Who are Midnight Shoppers?

We grew from humble beginnings, spending most of 2018 crashing into tourists on punts while attempting to film indie rock covers of hip hop classics. Since then, we’ve released an EP, headlined a show at Underbelly Hoxton and performed at Hotvox’s quarter-finals in the Isle of Wight New Blood competition. Readers are alerted to the highly exciting news that we have a big release coming out very very shortly… keep a lookout on our social media.

For those that don’t know your band, describe your act in just a few sentences.

Bass-driven, rhythmical, catchy alternative rock – with a healthy measure of nostalgia for the ’00’s and vague aspirations for progressive.

Now, tell us a song from the first album you ever bought/listened to?

Leo: The furthest back I can really remember is jumping up and down manically to Trimm Trabb by Blur as a three year old, thanks to what is the most underrated drop in all music history halfway through the song. At the same time it’s beautifully eerie and minimalistic (and about as far from ‘Parklife’ as imaginable).

Leo: Simbolice by Čechomor – the absolute cream of Prague’s Czech Folk-rock Fusion scene, at least when I last checked 22 years ago. Expect more czech folk influences in our songs.

Max: Elevate by The Winery Dogs – solely because I wish I could eventually reach the level where I could write that.

Max: Thunderstruck by ACDC – thanks dad, first memorable experience of listening to music and partially the reason behind my nagging Leo to agree to include more drum fills in songs

Leo: Smile Like You Mean It by The Killers is 90% of what I remember about being 7. I listen to it too often though, so it has started to lose its nostalgiability factor (which is incidentally precisely what our upcoming release Vertigo is about…)

Leo: I don’t sing in the shower, but if I were to, it would have to be ‘Na Na Na Na Naa’ by the the Kaiser chiefs.

Leo: Dido’s Lament by Purcell – it may be from the 1680s but the crunchy harmonies and emotional directness make this arguably even more moving than Coldplay.

The song do you put on repeat if you’ve just had your heart broken?

Matt: There’s a scale going from Beethoven’s Moonlight Sonata to Amon Amarth’s ‘Twilight of The Thunder God’. Chicago’s ‘If You Leave Me Now’ lands right in the middle.

Ethan: Good Girls by 5 Seconds of Summer – just love listening to it while driving and thoroughly enjoy the production.