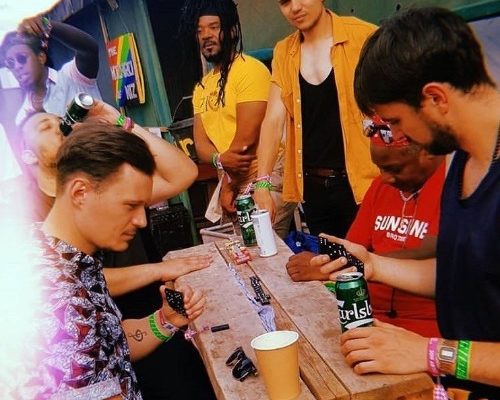 As part of our ONE TO WATCH series we bring you the latest music from some of our most exciting new artists.

Today’s One To Watch is “Sing Like I” by Birmingham Reggae heroes Kioko, out on all streaming platforms Friday 15th May!!

KIOKO are a Birmingham Reggae band on the rise, known for their infectious grooves and electric live performances. The band are heavily influenced by Jamaican and Caribbean music as well as the music of their multicultural heritage.

Their use of close harmonies and hard riddim captivates every audience they play to, and their electric stage presence and performances will last long in your memories.

Having performed with a diverse array of acts, including Dub Pistols, UB40, Tinie Tempah, The Wailers, The Specials, Inner Circle, Lee ‘Scratch’ Perry and Toots and The Maytals, KIOKO have a wealth of touring and live experience on stages big and small, old and new.

WANT TO HEAR MORE? Check the guys out on Spotify here: https://spoti.fi/3fL7SSi