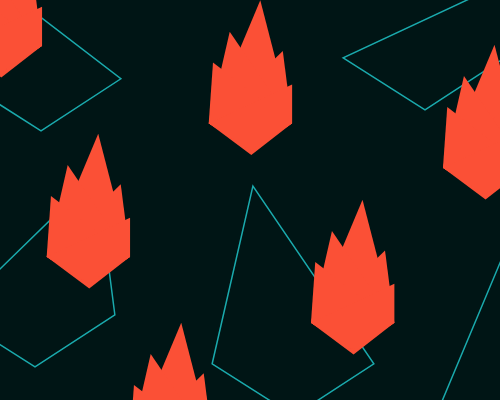 In this feature, we’ll speak to some of HOT VOX’s favourite new artists on the gigging scene and find out what shaped them into the artist they are today…

A hard-hitting, 3-piece rock outfit from Bristol with a psychedelic philosophy and unique mix of grunge, stoner rock and 1960 inspired grooves. Formed in 2017, Big Smile Revival have tirelessly gigged the Bristol live circuit with a view to beyond

Catch Big Smile Revival’s show at the Spice of Life on the 31st of July. Buy tickets HERE.

Who is Big Smile Revival? Where you’re from, how you met, how long have you been playing together etc.

Ed and I met when we both joined a Bristol band called Satori, which we played in from 2015 to 2016 before splitting to start our own project. Matt and I met through a mutual friend and jammed together a year or two before Satori but we ended up eating in the practice room more than we did making music.

That project is now fondly remembered as “Food Club”.

STEVE: The name comes from a Youtube channel that I once had. It was all about injecting good will into the world and aimed to give anyone who watched it a bit of a pick-me-up on dull days. The namesake still stands for the values of love, good feelings and fun, except the vehicle is now music, rather than film.

STEVE: Ed or I come into the practice room with a riff or bass hook and we spend hours just making noise and piecing things together. Once we have the structure of a song, I’ll write lyrics to complete the song. This process requires around 20 gallons of Monster, Diet Coke, lager and cider between us and several sets of guitar strings.

STEVE: Thee Oh Sees—without question.
EDVARD: I’d have to say Slift. I think our psych sound would mesh well with them and we could learn some French into the bargain
MATT: Four Year Strong, musically different from us but I am really enjoying their album from last year right now.

STEVE: For lead guitar I’d love to have Jimmy Page. On vocals, there can be only the man himself, Kurt Cobain.
EDVARD: My answer to that would be different on any given day but today I’ll choose Jack Bruce of Cream on the bass and Dave Greenfield of the Stranglers on keyboards.
MATT: And on drums we’d have Dave Grohl, he hits hard when needed.

STEVE: We’re free flowing and psychey but our grunge/DIY roots come through as well. Prepare for an interesting blend!

EDVARD: Before a gig I pace up and down a lot and check my equipment 100 times. After a gig, it’s lager o’clock and time to get weird.
STEVE: Beforehand, I make an almighty din testing sound levels and pedals. After smashing our set, I love to meet the other bands
MATT: Usually involves finding some food, probably a pizza. Post gig is a good time to grab a drink and chat about how it went.

EDVARD: Four cans of Stella Artois, six cans of Diet Coke- simple
STEVE: Vegan food of any kind- is that too much to ask?
MATT: A big bowl of nachos with all the extras and a few cans of cider.

EDVARD: When I was about 7 years old, I used to pretend I was a radio DJ and record my own shows on cassette and I still have all of them. Instead of playing actual songs, I used to sing my favourite songs (including a particularly squeaky and tuneless version of “Dedicated Follower of Fashion”). I would be mortified if anyone ever heard those.
MATT: Got to be Slam Dunk The Funk by 5ive.

Tell us one thing your fans would be really shocked or surprised to hear or learn about the band.

EDVARD: I’m not sure we can outright shock anyone but people might be interested to know that, away from music, we are all big fans of retro computer games (the Sonic the Hedgehog series in particular), Steve is an avid camper
and outdoorsman, Matt is a marathon runner and I love climbing and art.

If people want to check you out online, where is the best place to go?

STEVE: Check out https://linktr.ee/bigsmilerevival for links to all our social media and to our new EP, “THE UNIVERSAL VEIL”!