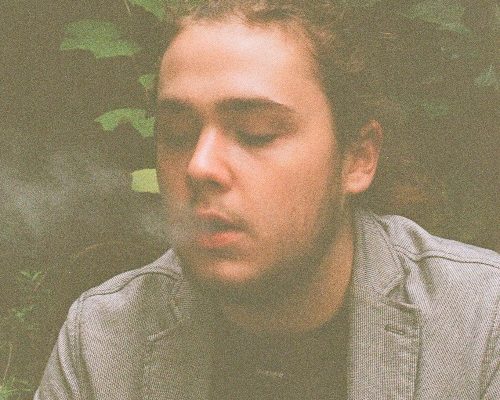 In this feature, we speak to some of HOT VOX’s favourite new artists on the gigging scene and find out what shaped them into the artist they are today

Carsick is playing at The Lucky Pig, Fitzrovia on 9th Feb

You can find the RSVP link HERE

Who is Carsick Hill? Where are you from, how long have you been playing music etc

Born and raised in the Steel City! I started playing music when I was about twelve, however, I started writing my own songs (lyrically at least) when I was about Ten, though my first decent songs didn’t start to appear until I was at least Fifteen!

I came up with the stage name myself shortly after moving to London. Carsick Hill is a road in Sheffield that I grew up nearby, and I wanted a name that still sounds like a name, yet still gives a nod to my hometown, so Carsick Hill it was!

I usually begin with the title, then usually the lyrics will come before the music, I find it easier fitting music to words than I do fitting words to music, and by doing the lyrics first, I find i can explore what I really want to say, without having to think about whether it works with the music.

When I was 16, my mate Sam introduced me to; what is still to this day, my all time favourite album: One Thousand Pictures by Pete And The Pirates.

Selling out multiple shows across Sheffield with my old band, Landmark. It was a great introduction to performing and the industry, and I was playing with my best mates. No complaints at all!

Hippo Campus without a doubt, I love their sound, I love their vibe, and they put on incredible live shows. I feel like my music would speak to a similar audience, so that would be a dream Bill for me!

My four piece supergroup would look something like this

I like to think my shows feel very personal, I love a chat with the audience and to actually make a connection, no one is obliged to come and see me play, so I’m always very grateful to those that do, and I want to try and make my shows as personal and intimate as possible to try and pay that back.

I have always liked to unwind after gigs with a quick 10 minute meditation before I go and speak to everyone afterwards. It’s a way of releasing all the tension and adrenaline that being on stage gives, and allows me to clearly listen to people’s comments and feedback.

A pint of Staropramen and a Five Guys hot dog, (ketchup and grilled onions, please. )

If you took a peek at my record collection back home, you’d find an original pressing of Make It Big by Wham! I bloody love a bit of Wham!, whether I like to admit it or not is different.

I don’t know how shocking this will be, but my first venture into instruments began with a Ukulele, and my first year or two of playing and writing was all done on Ukes!

Instagram!! @Carsickhill, or you can have a listen to some of my demos on soundcloud, just search Carsick Hill!