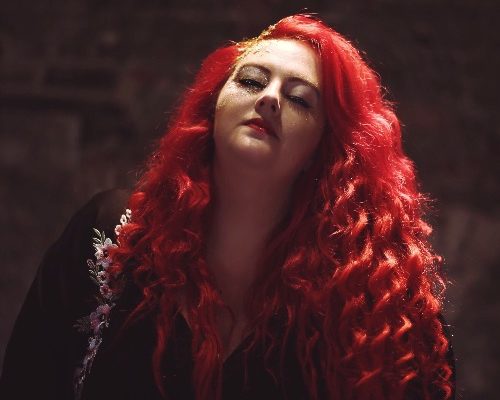 Clare is a singer-songwriter from London. Described once as “a sassier, more common version of Adele with a greater voice and a significantly lower bank balance” Clare is fully riding that narrative bringing you a concoction of soulful heartfelt music, filthy language and self-deprecating humour.

​Clare’s new single She Won’t has reached over 30,000 Spotify plays and features in a number of new music playlists across the platform and is an anthem for strong women breaking the mould!

​Clare is in the process of completing her second studio album and planning a tour of her original show in 2021 providing we are allowed to leave the house!

WANT TO HEAR MORE? To see the premiere of Clare Cordell’s “Listening Party”, head to hotvox.co.uk at 7pm on 11th March

Who is Clare Cordell? Where are you from, how long have you been playing music etc

Clare cordell is me, i am her and we are a giant complex mixture of sass, self deprecation, empowerment and strong vocals.

I’ve been singing my own music for maybe 8 years now, but i’ve been a singer since i was 8 years old.

Easy listening (that’s two words but i’ve made a loophole!)

My songwriting process is different every time i write a song! Sometimes i hear a tune in my head and build around that, sometimes the lyrics come out of my brain like a poem then i translate it into music and sometimes i have a subject in my head that i want to write about and thats my starting block.

I think with songwriting its such a personal thing so my process varies but the main consistency is trying to be as authentic as possible!

Ohhh I had Carole King’s album Tapestry on a tape and I played it so much over and over again that it literally caught fire in my old walkman!

I don’t know about claim to fame because I feel famous everytime i get to perform because i still can’t believe people want to sit and listen to me, BUT the thing i tell most people about is the fact that i am mentioned on my old schools Wikipedia page under ‘notable alumni’ alongside George Michael and Andrew Ridgley!!!!

That is such a hard question because at this point in time if anyone asked me to go on tour with them i would jump for joy, but i think if i could tour with one act it would be someone like Dolly Parton because i think she would bring the party wherever we went!!!

Freddie Mercury, Amy Winehouse, Whitney, Aretha Franklin, Prince and Janis Joplin!!! My dream team would be such a cocktail of egos but it would be fabulous!

Please be prepared to listen to bad jokes, swear words and soulful music. Also will happily accept handfuls of cash to sing requests 🙂

I really don’t have any specific rituals other than steaming my voice before i sing and having a gin and tonic when i’m finished!

I honestly think my rider would be an extra hour to get ready so i could have a nap!!! How lame does that make me sound!

See, i don’t easily get embarrassed and i fully embrace my insane music taste but i think that says more about me than it does about anyone else! If i put my music on shuffle it can be anything from musical theatre, rock, soul, country to russian pop music and grime!

I think i’m a pretty open book, but people may be surprised to find out that I co host a podcast with my friend called ‘Download Your Thoughts’ where we talk about anything from weird crushes to tarot readings and horoscopes!

HOPEFULLY something that doesn’t involve having to livestream a concert from my bedroom!!

I would love to get out on tour, and i plan to do a bunch of festivals and pride gigs over the summer (providing we are allowed!)

I’ve also got a new single out on Friday 12th February 2021 so i will be promoting that for the foreseeable future!!!