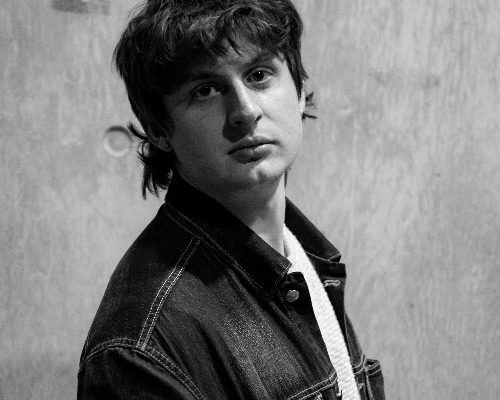 WANT TO HEAR MORE? Danny Starr is taking part in RISING, our brand new series of live-streamed events, which aims to support and raise money for War Child UK to assist their work during the Covid-19 crisis.

Tune in to see Danny Starr streaming live on Friday 29th May at 8.00pm

Who is Danny Starr? Where are you from, how long have you been playing music etc

A moody 21-year-old from London. I started writing songs when I was 14 and haven’t stopped since. It’s a big escape mechanism for me being able to write about what’s happening around me, so I see myself doing it for the rest of my life.

I was brought up listening to a lot of Amy Winehouse and the brutality of her songs is something I dream of getting close to. All about Paolo Nutini’s rawness as well. I love the stereotypically British rock sound of the Kooks, Arctic Monkeys, DMA’s especially with an acoustic edge. And I’m sure Damon Albarn has got into my head with his futuristic world analysis at some point.

Usually I’ll come up with a lyrical concept, or a one line idea, make a note in my phone and when I get home I put a bit of a melody to it. Then I build out from that core idea hoping it develops into something. I’ve got notes of hundreds of lyrics and quotes I’ve heard on the street or interesting characters I’ve seen which I love but haven’t given me a song yet. Sometimes they take a while sometimes they give me a song straight away.

Ben Howard’s Every Kingdom and I Forget Where We Were will forever be albums I revisit. They are the soundtracks to my adolescence and nothing compares really in terms of emotional connection to a body of work as them. Those songs got me through some tough times and also taught me a lot about songwriting.

I love playing my shows and absolutely adore having  a room of my own fans singing my songs with me, but one show really stands out and it was a support slot actually. I opened for a band called Tide Lines at The Garage a couple of years ago which was by far the biggest venue I’d played and I got to my last song and by the end had a few hundred people getting involved singing along to the hook of the chorus they had just heard for the first time. That was pretty special and warranted a lot of drinking later in the night.

At the moment its gotta be Lewis Capaldi. I’m sure everyone feels the same way that being locked up in a bus with him for a few weeks would be great fun. I love his music as well and have had a great few laughs with him at Barn On The Farm Festival after his sets there. He’s such a top guy I reckon it’d be class touring with him.

Just me, my guitars and you pissed up in a room feeling sad during the songs and laughing in between.

Couple whiskeys and a 4 pack of beer is pretty much the routine. Not much of an explanation required I reckon.

Snooker table, 3 pot noodles, Guinness on tap, a bottle of Blanton’s bourbon, Marlboro 20 deck and a kebab for after the show.

Take Me Home by Jess Glynne is a great song. No one can tell me otherwise.

My handle is @dannystarrmusic on all socials and you can find out the most about everything I’m up to at my website which is www.dannystarrmusic.com or on my insta where I hang out most hours of the day.

I just wanna be able to carry on writing songs and singing to a room full of awesome people who for some reason wanna listen to me ramble on about the sad things I write about. But being able to keep growing and building a group of people invested in my work and making new connections with people through music is what makes me happy in life, so I hope that can carry on and on.