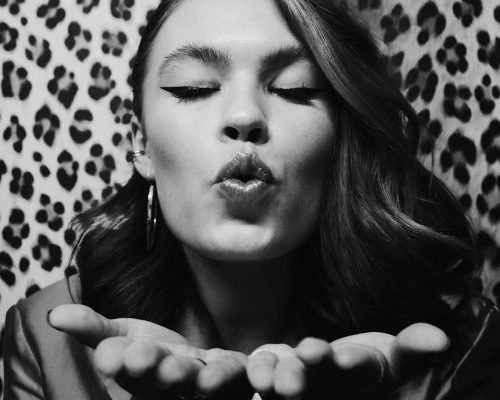 WANT TO HEAR MORE? Eden Hunter is taking part in RISING, our brand new series of live-streamed events, which aims to support and raise money for War Child UK to assist their work during the Covid-19 crisis.

Tune in to see Eden Hunter streaming live on Saturday 30th May at 7.00pm

Who is Eden Hunter? Where are you from, how long have you been playing music etc

So…Eden Hunter is me! I am a musician from South East London. I have been playing music for as long as I can remember, but writing my own music for about 2 years!

Let me get the thesaurus out…uplifting, sensitive, responsive, soulful & vibrant!

I am influenced by every piece of music that I hear, however if I had to choose particular artists that I listen to, to influence my writing they would be, George Michael, Lana Del Rey, Jess Glynne & Julia Michaels.

For me personally the songwriting process changes, depending on who I’m working with and how I’m feeling. My phone is full of lyrics, themes, voice notes of melodies and chord progressions. When I sit down to write a song, this is when I start to piece all those parts together. So usually I start by playing something on my piano or guitar, workshopping melodies. Then I go back to the lyrics/ themes, expand on whichever one I choose and then start to write!

If I’m being honest, I’m only 19 so I’m still finding albums that blow me away. I was more interested in singles. Currently an album I am listening to on repeat is the most recent Lana Del Rey Album, ‘Norman F**cking Rockwell’. I don’t think I’ve ever been so intrigued by the consistency of the lyrics and just greatness of each song. It’s quite different to the style of music I write for my artist project, but I think every song on that album could be a single (they are all that beautiful) which is rare. I find it sets an example to me as a writer to be that good, pay that much attention to detail and be 110% honest in all my compositions.

Hmm, well November 2019 I had my first headline show at the O2 Academy2 Islington which sold out. That was pretty cool. I’m still waiting for my big moment though, working towards something great!

Again this is a hard one because there are so many incredible artists in the music scene at the moment. Based off of their most recent album, Harry Styles I would LOVE to tour with. I think our style of music has some similarities so hopefully his fanbase would have some interest in my music too. If I was to tour with someone that I am a massive fan of, it would have to be George Michael. He’s just an icon. Or P!nk actually, too many legends to choose from!

Before I answer this I must just say I have a brilliant band who I love very much. But!!! I would have, Lenny Kravitz on guitar. There’s a drummer who goes by the name ‘Sweetstix’, I saw him play for Jess Glynne, his energy was WOW! On piano I would have Ashton Miranda, I’ve seen him play with Anne Marie and again just so so good! John Deacon from Queen would be on bass, legend! When the budget grows, I’d love to have a brass section in my band too! I feel like I’m lacking some female power, so my BV’s would have to be some strong ass women!

It’s a whole lot of fun. Put it this way…when I come off stage I feel completely physically and emotionally ecstatic but also exhausted!

Well, with the shows I do at the moment I am always in the biggest rush. I don’t have any management/ team or anything yet so I feel like I’m trying to organise everyone. From the venue staff, the band, the tech people, the audience everyone! So as of yet I haven’t really discovered any proper rituals. I do like to sit on my own for about 15 mins before performing to collect my thoughts and get in the headspace. I’m sure rituals will develop overtime!

Right well, in the dressing room there would be Evian water. A nice meal to have about 90 mins before performing, I’m a real foodie, my day revolves around what I’m eating next. A shower and clean towels. A dressing table with a good mirror. A good comfy and clean sofa. A speaker to listen to music on. A Neroli scented candle, preferably Le Labo. That’s the budget is unlimited! Botanical plants, there must be plants (no flowers though, I get hay-fever). A little bed for my dog, Max to nap on. And my people who keep me positive and calm!

For when I come off of stage a Nobbly Bobbly Ice lolly then a cold Aperol Spritz! And to be honest, someone to kindly just pack up all my stuff and hang up my outfit, gather my make up and equipment so I can switch off and go and socialise! Other than that, I’m not too fussed…!

I am a sucker for a musical. I trained in musical theatre professionally so I have a real appreciation for story telling within Musical Theatre compositions. For some reason a lot of people in general have something against Musical Theatre. I get it, it can be cheesy! But I don’t feel guilty about it, Zero to Hero (Hercules) is a TUNE!

I have three kidneys!

The future for me holds happiness, love, fulfilment & satisfaction.