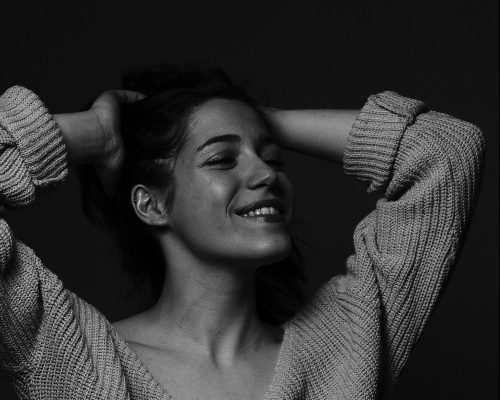 WANT TO HEAR MORE? Juliet Sen is taking part in RISING, our brand new series of live-streamed events, which aims to support and raise money for War Child UK to assist their work during the Covid-19 crisis.

Who is Juliet Sen? Where are you from, how long have you been playing music etc

Juliet Sen is a French singer-songwriter and composer. She has been playing the piano and singing for 15 years. She moved to London two years ago and she is currently studying songwriting at the music school BIMM London. Juliet Sen released her first single “Downtown” in Mars 2019.

I would describe my sound with the words: honest, intense, reckless, french touch and eclectic.

I usually write songs with the piano or the guitar. First I found the chords I like and I improvise with my voice on top of it. Once I found the structure and my main melody I sing random words. Then I write my lyrics according to the sound I come up with. These random words give me a theme or a story to follow.

It was the first album of Mika called «Life in Cartoon Motion » released in 2007.

When I was young I get the chance to take part in a kids band. We recorded an album of classical covers. This project aimed to make classical music accessible to children. Each cover of a classical piece is followed by the original one.

I would love to go on tour with Izzy Bizzu. I love her voice and her songwriting, she is a genuine artist. Also, she always delivers a professional and authentic show.

My dream team band would be, Cyril Atef at the drums, Marcus Miller at the bass, John Mayer at the guitar, and Chilly Gonzales at the keys.

I would describe my live show as an energetic, intense, organic, fun and musical show.

Do you have any pre-gig or post-gig rituals? If so, what and why?

I usually do breathing exercises or a bit of mediation before going on stage. This ritual helps me to focus on my future performance and relax all my muscles in order to deliver
the best performance.

I would love to receive a massage, a hairstyle and a makeup before each performance.

The most embarrassing song I love listening, especially at then elf a party is a French tune “Parle à ma main” by Fatal Bazooka featuring Yaelle.

I am a massive fan of Jaffa cakes. During my studio sessions, I could eat at least forty of them.

They can mostly find me on Instagram at @Julietsenmusic or Facebook. You can find my music on major streaming platforms such as Spotify, Deezer, or iTunes and Youtube.