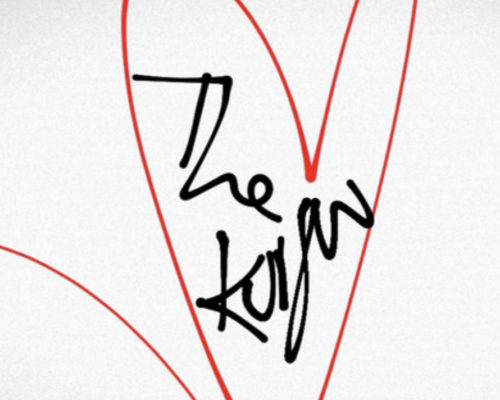 Inspired by the early 2000s indie rock scene, The Kurfew, provide music to get heads turning with his poetically driven lyrics that focus on growing up in a town and around people that they want to get away from due to its lack of excitement and creativity.

Where Did You Go - Demo

Who are ‘The Kurfew’? Where you’re from, how you met, how long have you been playing together etc

Hello we’re The Kurfew, we’re hailing from all over but we’re currently based in London, even then we’re dotted all over the capital. Meeting wise it’s a long one, all different stories. Isaac sort of just grabbed us all together. The Kurfew started out back in the summer of 2019 and then Covid hit and that threw a spanner in the works with the old lineup and nothing against those lads I loved every minute of jamming with them. Since that first lockdown hit I (Isaac) just started constantly writing and recording home demos and then 2021 came and it was all systems go with gigs most of which were solo as it was just easier with covid protocols. Now in 2022 with things beginning to settle down (touch wood) it’ll be very exciting heading back to full band shows and what a way to start it again with our first of the year heading to Fiddlers Elbow. What a way to make a return!! We look forward to getting on the stage. The rehearsals and recording have been unreal, so I can assure you that you’re in for a treat!

Well it’s an incredibly embarrassing story for me (Isaac) it all began when I was around 12/13 years old when I went to see the Stone Roses and was looking at the set times once the Roses had finished and turned to my Dad as he began to leave and said “hang on there’s still a band to play” which I assumed was the Curfew, which I quickly learnt meant the end of the gig (yes a lot of people heard..very embarrassing but hey I was 12/13!) So a few years later when I wanted to start a band I just knew I had to use the name because what a story?! So after a few changes here we are years later, The Kurfew!

Our main inspiration has always been the early 2000s indie rock scene hailing from The Strokes to the Arctic Monkeys to Babyshambles.

Claim to fame? I don’t know man, we’re still getting there. I guess it’s just people turning up at the gigs and listening to the music right now. That’s the most exciting thing, that’s why we do it. It’s great when people get into music live and when they sing along that’s something else. Best feeling ever.

(Isaac) Now now this will sound very pretentious but songwriting and poetry is how I live my life, the songs just come to me and yes that sounds stupid but there’s no proper way to describe it, life in the past two years has become incredibly exciting so its just fiddling around with chords and then the lyrics sort of just slot in. Obviously sometimes they don’t work and it sounds like a pile of garbage but when they do it’s the best feeling ever.

Oooh there’s 100s we could name right now. I mean you can’t go wrong with Liam Gallagher he’s on top form at the minute. Who wouldn’t want to open Knebworth?!

Past and present? Right then so hang on. It’d be:

Don’t know about you but I’d love to see that in action blimey. We’ve just realised every artist we’ve put down is present but hey let us have our moment it’s a boss line up.

Oooh there’s definitely gin. It’s exciting, a lot of interaction I’d say. We like to talk to people. Break down the barrier I guess, I don’t know it’s not often that a band will just have a chit chat mid tuning between songs is it? I don’t know, it’s fun, it’s cheeky, it’s exciting. I guess that’s just us, The Kurfew.

Ooooh pre and post gig rituals. Yes yes yes we do. Well it’s bad but pre gig we like to always grab a drink at a Wetherspoons (cheap as chips booze- we do not support the owner but when it comes to cheap booze sometimes you’ve gotta do what you gotta do!) Only if there’s one nearby. It’s terrible I know!! I guess for me (Isaac) it’s always a blue lagoon pitcher. It releases the tension and nerves. Loosens me up a little. Hey I’m talking like an hour or two before we go on stage, I’d never go and get spangled before stepping on stage.

But if we’re talking, the pre gig ritual for me (Isaac) when we’re in the venue is a quick run over the lyrics with tea and a smoke.

Post gig ritual is definitely to head to the streets and celebrate with the fans who came along. It’s the best thing ever, everyone being together I love it, we love it! Once that’s over for me (Isaac) it’s head back to the house, whack the poetry/songbook out and it’s back to writing new material, it’s the only way to go.

A huge bag of cushions, seriously couldn’t think of anything better after a show than diving into a pile of cushions, could you??

Now I’m going to be well accused of being a diva! I mean if we’re talking a rider than definitely some Earl Grey and Oat Milk. That’s it, I’m addicted to that stuff it’s to die for.

Yes I know it’s embarrassing, especially when it’s coming from an indie rock band but hey it gets you ready for the gig, recording, etc etc.

Guilty pleasure artist? Oh it’s gotta be Katy Perry. Feel like a right princess when listening to her hahaha. Yeah it’s a weird one. I think we wanted to keep those songs on the low, well now everyone knows hahaha.

Errrr, are we an incredibly boring band? No.

Do we have anything that would shock or surprise you? No.

We’re quite boring when it comes to shocking facts. I think the most exciting thing is that I’m (Isaac) left-handed??

Sorry if you were expecting more hahah

Best place to check us out would definitely be our instagram (@thekurfewband) to keep updated with what’s coming up and obviously Spotify and all that streaming services jazz. We’ve got more new music out very soon.

Dirty Heart being the next single on the 26th of Feb 😉