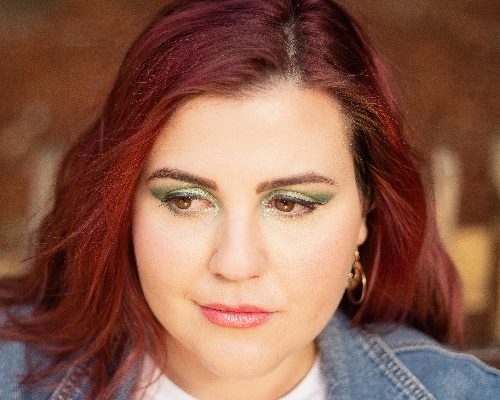 In this feature, we’ll speak to some of HOT VOX’s favourite new artists on the gigging scene and find out what shaped them into the artist they are today.

Who is RavenRain? Where are you from, how long have you been playing music etc

RavenRain is a bit of a ‘weird’ singer and songwriter based in London. I’m originally from Italy and I moved to London 6 years ago to go to uni. I’ve always been very passionate about music since I was a toddler. I didn’t have many friends growing up and I’ve always found it difficult to make new friends…I’m a bit awkward and people in my hometown always thought that I was weird. Growing up with a long-term illness kind of force me to mature pretty quickly and people of my age didn’t understand that, so I spend most of my childhood with my family especially my grandma, who loves to sing and one of my auntie, who’s a huge hard-rock/metal fan. I loved Disney songs, so I remember putting up some performance and pretending I was a singer touring the world while singing The Circle of Life and under the sea at the top of my lungs.

I began to take singing lessons at a local music academy at the age of 14, and went on for quite a few years, I auditioned for X-factor too but didn’t pass, unfortunately. My mental health began to deteriorate while attending college and this affected my passion for music. I moved to London in 2015 to study journalism but after graduating I felt like something was missing in my life. I began singing lessons again and my vocal coach at that time pushed me to write my own songs again, after knowing that it was something that I used to do as a teenager but never took it seriously because I honestly felt I wasn’t talented enough. Since 2019 I’ve been writing my own music, found producers to work with and I’ve been releasing my originals, which are all available on Spotify. I’m trying to pick the guitar and piano again. My EP will be out at the end of October and I’m currently working on some materials for 2022, exciting.

Deffo Halsey, I love the way she just does her own things, a bit out of the box and not conforming with any genre. Lady Gaga and Kpop in general, I follow so many kpop groups that I can’t really choose

I always begin with words or lyrics, it comes easier to me. I like to say that I’m a bit old style when it comes to writing as I prefer using the good old pen and paper, if I get inspired or I’m into a writing mode I just let the pen go and write any sort of idea that comes to my mind. I then like to come up with the song structure, so verses, chorus, bridge etc. At the end melody and everything else. I usually try to come up with a theme for a song and send reference tracks to my producer, so she has an idea of the vibes and sounds we are going for. In general, I just like to go with the creative flow and see what comes up, I don’t like to plan or have a strict structure when it comes to songwriting or my music in general.

Well, well, well…I think `I have a neverending list for this lol. I think I would love to tour with Halsey, she’s such a great performer and cool person. I’m also a big fan of kpop so I would love to perform or open a concert for a kpop group, I follow many of them and I like them all for different reasons so I can’t really pick one.

Just lots of fun and cool sassy and weirdo vibes, it’s as simple as that

ohohohoh…I love Asian food so I would deffo have some matcha latte with almond milk, it’s a must you gotta try it, some ramen or Korean fried chicken or tteokbokki(Korean spicy rice cakes) with cheese and a side of boiled rice…so good. I would love to have some kittens to play around with and cuddle, it would help with my anxiety and I’m a proud cat lady. Perhaps a relaxing back massage and a reiki session…there’s definitely more but I’ll just stop here.

I don’t think I have any…perhaps some old One direction songs? not sure if that’s count as an embarrassing song.

Defying shocking…the first thing that pops into my mind is that I’ve almost died twice and I was in a coma…people look a bit shocked when I tell my story but I’m not sure if this is what you mean by shocking lol.

More music and more content. I’m working on music for 2022, two songs are already almost full produced just need a few more details, and I’m planning to release a few more singles. I’m hoping to be able to release some music videos and I’ve been having quite a few chats regarding exciting projects which I hope to be able to confirm soon. You will deffo hear more about RavenRain as I’m working to push my music career forward and I hope you will connect with my music too.