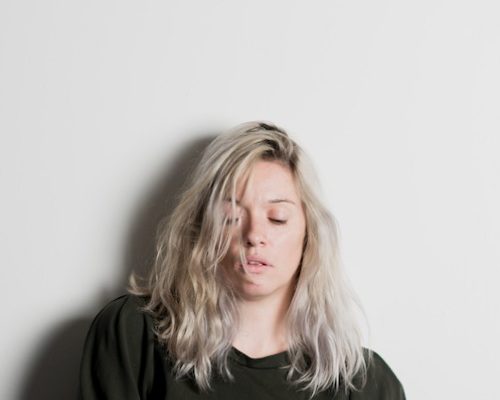 Silvre has been creating innovative music, using this creative outlet to remove unrealistic expectations of appearance and vanity in a modern society. Her music is inspirated by alternative artists such as Banks and FKA Twigs. ‘Ready Set Go’ is the third single to be released leading up to her debut EP which will drop later this year. Her debut single ‘You Don’t Really Like Him’ received critical acclaim from numerous independent music publications and has amassed over 14,000 streams since its release in 2020. Her follow up single ‘Call Me What You Want’ surpassed that with over 25,000 streams, which spells good things for her third single ‘Ready Set Go’.

Who is Silvre? Where are you from, how long have you been playing music etc.

I am a singer songwriter based in Streatham, south London.  I started learning and writing music around seven years ago during a period when I had a lot of time on my hands and wanted to do something creative and uplifting.  Even though I have been a huge music fan from a young age, I had no idea how much I would love creating and performing music.  The journey has since snowballed from there.  Alongside the overarching desire to remove all the unrealistic expectations from the music industry, I just want to people to hear my music and know they aren’t alone (and potentially be unable to resist the temptation to dance!)

It was something I came up with and it originates from a horse I owned when I was younger called Silver, she was my spirit animal!  I changed the spelling to make it more unique and to standout.

I have the pleasure of working with a topline writer and a producer, so they are the geniuses that bring my ideas to life.  When an idea comes to me, I’ll spend a few hours brainstorming lyrics and creating a story.  From there, the three of us will work together to build on the idea and ultimately, create the songs you hear.

Besides all the Take That albums when I was really young (mainly listened second hand via my sister), it would have to be P!nk, Missunderztood – still one of my favourite albums to date.

Having my track, Call Me What You Want, being placed on the Co-Op playlist, meaning my song was played across Co-Op stores.  Over the moon about that!

Rihanna, all day, every day! She is just so bad ass and cool and a seasoned veteran at being a superstar.

Tina Turner on vocals, Joey Jordison on drums, Slash and Dave Grohl as lead guitarists and Michael Shuman on bass guitar.  Maybe throw Matt Bellamy on backing vocals for some mega ethereal harmonies.  I’m not sure how this lot would all sound together, but there is some serious talent in this bunch!

An assault of deep basslines, littered with plenty of swearing, the occasional moment of awkward dancing and some giggles along the way.  You are better off joining me for a performance and seeing what you think! 😛

I’ll always run through the set a hundred times before the day and make sure I am early to the venue.  This gives me time to get a lay of the land, meet the promoters and other performers and just relax into it really!  After the show, I just try to calm down from all the adrenaline coursing through my veins! hahah

This is likely to be a boring answer, but as long as I have a few beers and just some space to do some vocal warm-ups, I’m pretty happy with that! I’m often too excited/nervous beforehand to eat!  Ask me this question in a few years time and let’s see what I say! hahah

I don’t find it embarrassing, but other people might view me differently once they know, but I am a MASSIVE Blue fan – every few months I have a couple of days where I listen to them NONE STOP.

Tell us one thing your fans would be really shocked or surprised to hear or learn about you.

I can’t read or write music, or play an instrument! eeeeeeekkkkkkk

Head to my website, you can find all my music, videos, event details and my blog – which is a crazy amount of fun to write.  Don’t forget to subscribe when you are there – www.silvreofficial.com

I’m currently in the process of writing my second EP, The World Had a Plan, which is set for release in 2022.  I’ll also be releasing videos for each track and generally performing on a regular basis! If anyone wishes to keep up to date, please head to my website and subscribe!