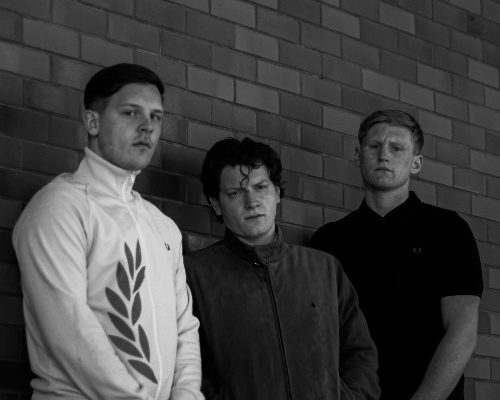 The Lucettas are currently unsigned. They have previously appeared on BBC Introducing shows and are vastly experienced in live performance.

The band will have a new single out before the 16th, please keep an eye on their socials for more info!

Who are The Lucettas? Where you’re from, how you met, how long have you been playing together etc

We are a band from Chelmsford, Essex, called The Lucettas. We all sort of grew up in the area and met through mutual friends when we were 16 and have played together as a band ever since.

Tommy came up with the name for the band. When looking for a band name and still at school, he picked up a random book from his school library and chose the first word that he saw. The book was Thomas Hardy’s The Mayor of Casterbridge and the character Lucetta inspired the band’s name – The Lucettas.

If you had to describe the band using just five words, what would they be? Heart, Energy, Passion, Rock and Roll.

We have a lot of influences really, too many to mention to be honest, The Red Hot Chilli Peppers, Arctic Monkeys, Oasis, The Verve, The Who, just to name a few but there are plenty, plenty more.

We had a lot of success when we were starting out, featuring on BBC Introducing in Essex, winning Battle of The Bands competitions, performing in front of big crowds, things we’re very proud of. But our personal claim to fame is getting our heads down over the last year or two and writing our best ever material, ready and excited to release it all in the near future and to perform all the new tunes at all of our upcoming shows.

The process we have used for our upcoming releases entail Tommy writing lyrics and playing the acoustic guitar away from the band, bringing the tunes to The Lucettas and then building upon them as a band and growing them into the completed tunes we are set to release. We have also started to adapt and started a more ‘room-writing’ technique of late, which is an exciting and fresh process.

Probably the DMAs, we love their music and they look like a good group of lads who we’d get on well with.

Very tough question, the line up would probably change every day but today its: John Bonham on drums, Rodger Daltrey singing, Jimi Hendrix on guitar and Bakithi Kumalo on the Bass.

How would you describe your live show to someone who has never seen you perform before? ENERGY.

No rituals really, we just warm up our vocals and try to chill out as much as we can before we go and out and perform.

Some shocking answers here but Sam’s gone for Millennium by Robbie Williams, Tommy’s gone for The Best by Tina Turner and George has gone for I’ll Make A Man Out Of You by Donny Osmond (from the film Mulan).

Nothing too shocking but outside of music we love boxing and football and try and go to as many sporting events as possible, it would be a dream to play for a boxers walk out song one day.

We want to go to the very top.