This weekend we have Katmandino taking to the stage AT ACKLAM

Katmandino are an Indie-Rock-Pop 4 piece band – based in North West London. Formed in 2013.

Performing regularly around London and particularly at Acklam Village Market.

So make sure to check out Katmandino at 1:30pm and 6:30pm this Saturday 17th April AT ACKLAM! 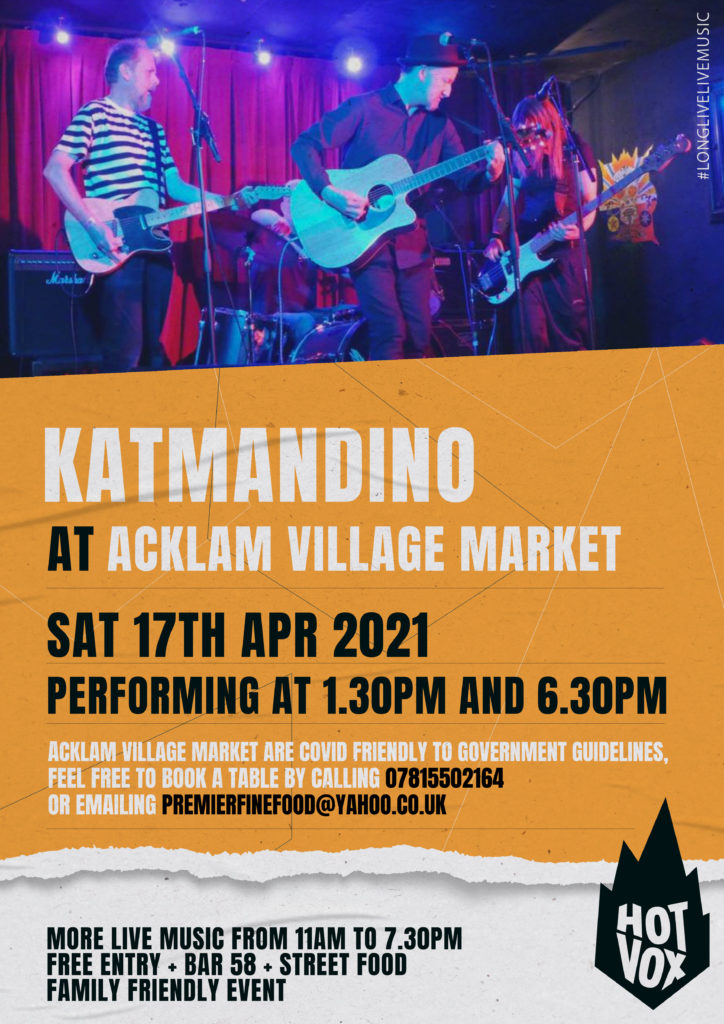 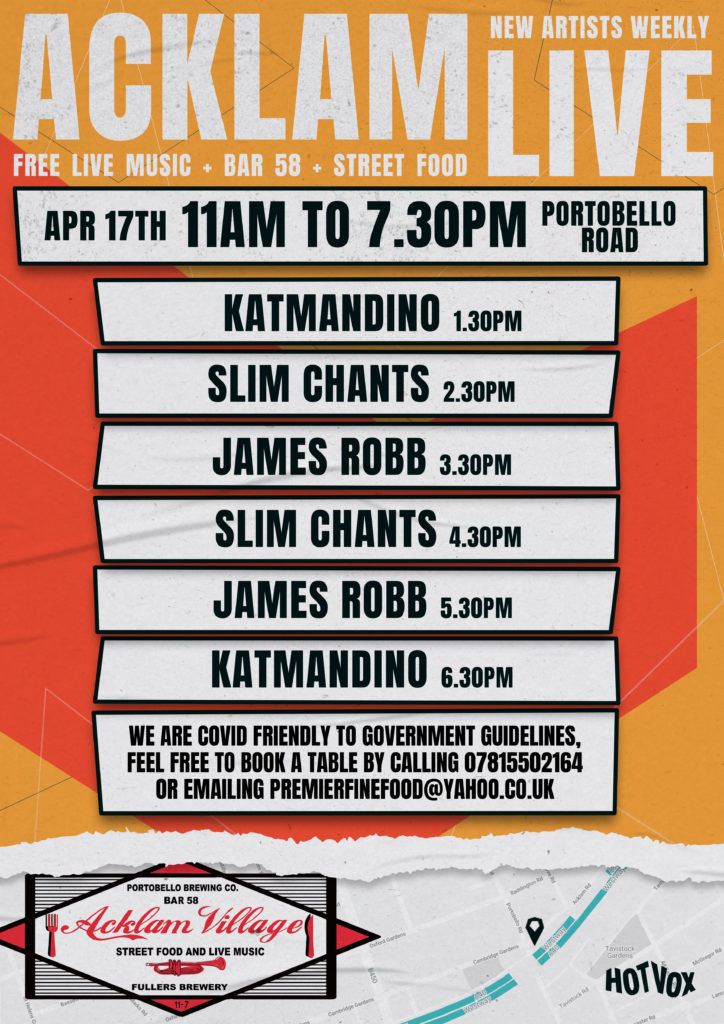