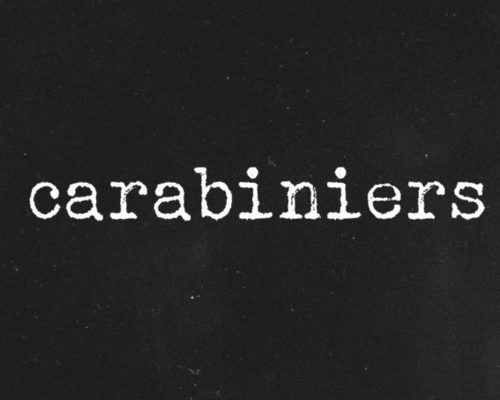 With their onstage debut back in 2014, Carabiniers have been composing their own music influenced by the likes of Arctic Monkeys, The Libertines, Oasis, Babyshambles, Queens of the Stone Age, etc. Playing venues such as O2 Academy Newcastle, Think Tank?, Independent Sunderland, Jumpin’ Jacks and Little Buildings to name a few, they have supported the likes of The Amazons, Press Club and 90s legends Echobelly.Their EP ‘The Running’ has had tracks featured on BBC Introducing NE, Spark FM and Nova Radio, aswell as being featured in Darkus Magazine numerous times.

WANT TO HEAR MORE? Carabiniers is taking part in RISING, our brand new series of live-streamed events, which aims to support and raise money for War Child UK to assist their work during the Covid-19 crisis.

Tune in to see Carabiniers streaming live on Saturday 20th June at 7.00pm